T. Elon Dancy II was appointed the third Helen S. Faison Endowed Chair, Executive Director, and Chief Research Scientist of the Center for Urban Education in the University of Pittsburgh School of Education in July 2018. He holds affiliate faculty appointments in Africana Studies and Women’s, Gender, and Sexuality Studies and serves as co-principal investigator of the PittEd Justice Collective, a three-year working group at the School of Education that is engaged in “anti-racist, justice directed” initiatives with students, staff, faculty, alumni, families, youth, and district and community partners. Dr. Dancy served a term as the Pitt School of Education’s associate dean for equity and justice, collaboratively establishing the School’s signature initiatives, study groups, and faculty pedagogy workshops.

Prior to joining the University of Pittsburgh faculty, Dr. Dancy was the inaugural associate dean for community engagement and academic inclusion in the Jeannine Rainbolt College of Education at the University of Oklahoma. This position made him the first Black administrator in the School of Education’s 93-year history. According to university historic records, Dr. Dancy was the first Black person promoted to full professor for the study of higher education administration in the Department of Educational Leadership and Policy Studies in 2016. During his tenure, Dr. Dancy served as Provost Fellow, conducting research and collaborative programming projects related to Black student outcomes across academic fields. In recognition of his profound institutional contributions, the OU School of Education established the T. Elon Dancy II Graduate Student Scholarship in Adult and Higher Education in 2016 upon receipt of a philanthropic donation from one of his former graduate students.

Dr. Dancy’s major fields of interest are Black intellectual thought, Black masculinity studies, identity-oppression dialectics and related schooling and higher education issues. This scholarly agenda draws upon Black knowledge traditions and critical theories to examine education settings as sites of struggle and worldmaking, with a focus on Black American populations. He is highly regarded for his studies of Black masculinity and patriarchy in postsecondary contexts, antiBlackness in higher education, and political economies of education. He has received over five million dollars in funding at the University of Pittsburgh for his scholarly projects from several foundations and agencies including the Spencer Foundation, National Science Foundation, Heinz Foundation, Mellon Foundation, Grable Foundation, and the McElhattan Foundation.

Dr. Dancy has a forthcoming book with the University Press of Kentucky, Freedom Struggles in Urban Appalachia: Resisting Pittsburgh’s Schools, Prisons, and Carcerality (with Sabina Vaught and Lori Delale O-Connor). He is also completing a special issue of Educational Studies (with Kirsten T. Edwards) focused on the relationship between the American college and the chattel slave plantation, as well as a special issue of Negro Educational Review (with Juan Battle) examining university statements following the state murder of George Floyd and global uprisings. His research and scholarly essays are published in numerous academic journals including Teachers College Record, Gender and Education, Urban Education, Journal of Negro Education, Journal of School Leadership, and the Western Journal of Black Studies (among many others).

Dr. Dancy received research awards from several national research institutes and associations, including the American Education Research Association (Division-J) and the Association for the Study of Higher Education Council on Ethnic Participation. Diverse Issues in Higher Education has named him Top Emerging Scholar (2014) and Distinguished Educator (2018) for his contribution to the study of race and gender issues in higher education. His research and scholarship are cited in national periodicals including Forbes, Ebony, Diverse Issues in Higher Education, and The Root.com.

Additionally, Dr. Dancy serves as an associate editor for AERA Journal, Educational Researcher, book series editor for Contemporary Perspectives in Race and Ethnic Relations, with Information Age Press, and editorial board member for the Borderless book series with West Virginia University Press. He is past senior editor of the College Student Affairs Journal. Dr. Dancy is an executive board member of the National Conference on Race and Ethnicity in American Higher Education and past chair of the Research Focus on Black Education Special Interest Group of the American Educational Research Association.

Dr. Dancy received his B.S. degree in psychology with honors from the University of Arkansas at Pine Bluff. He holds two terminal degrees in the study of organizational theory and governance, the Master of Health Services Administration from the University of Arkansas at Little Rock and a Ph.D. with distinction in educational leadership and research from Louisiana State University with cognates in higher education administration and sociology. His dissertation won the School of Education’s Dissertation of the Year Award and a Citation for Excellence from the American Educational Research Association’s Division J.

Dr. Dancy’s tenure in the Center for Urban Education seeks to anchor the Center’s scholarly and service projects within Black and Indigenous knowledge traditions, political education, and collaborative, community-based praxis. The Center’s extensive programs and initiatives include a series of local and national convenings on the school-prison nexus, Black education histories, and education and freedom praxis. 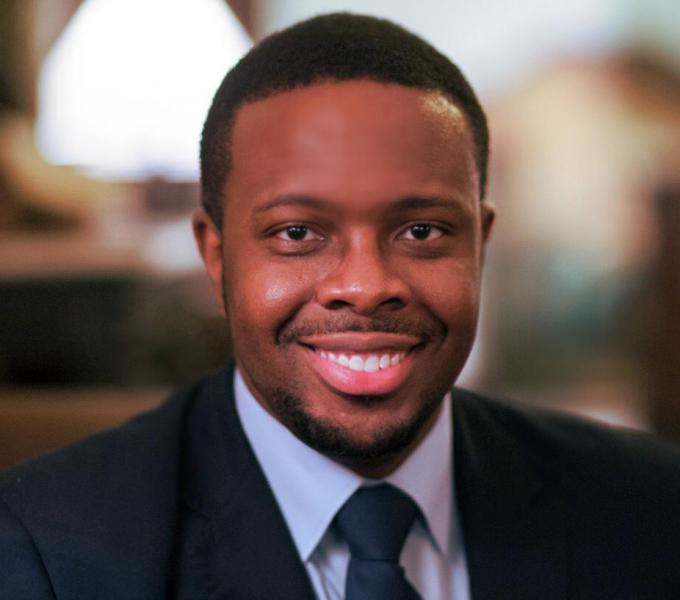